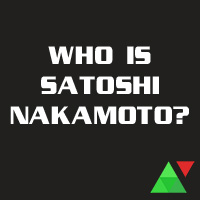 Who Is Satoshi Nakamoto?

The world is changing. Even though there are still some very powerful and influential industries, in reality we are living in a post-industrial, global society. Much of what happens, especially when it comes to new and exciting breakthroughs that change the status quo, happens in the public eye. In today’s world, the big names in business, finance and technology are more often than not young visionaries and prodigies, people who dare to venture beyond what is commonly known and change the way we interact with the world and each other.

Instead of anonymous corporate fat cats running the show, the new giants have a human face in the brilliant, passionate, and often times relatable people who have worked hard to create them. There’s Jeff Bezos with Amazon, there’s Elon Musk with Tesla and SpaceX, there’s Mark Zuckerberg with Facebook, there’s Steve Jobs with Apple, there’s Bill Gates with Microsoft, there’s Sergey Brin and Larry Page with Google, and now there’s Satoshi Nakamoto with bitcoin.

The only thing that sets Nakamoto apart from the others is that so far nobody has been able to conclusively determine who the famous creator of bitcoin and the root cause for the ensuing boom in cryptocurrency trading actually is.

When we consider this discrepancy, this void against the backdrop of other, prominent industry leaders and personalities that champion their products, it becomes obvious why many find themselves confused and disconcerted by the mystery behind the name. Not to mention that the Satoshi Nakamoto net worth of around 15 billion dollars leaves many people wondering who the person wielding such power and influence may be and what their intentions are.

First of all, Satoshi Nakamoto is not a real name. It is a pseudonym used by the person or (potentially) group of people who created bitcoin. It is important to note what that entails. The famous Satoshi Nakamoto white paper is what started it all. It is in essence a dissertation, titled Bitcoin: A Peer-to-Peer Electronic Cash System. However, the person behind the moniker did not merely come up with a popular concept that took off, they also singlehandedly laid down the groundwork for its implementation. Satoshi Nakamoto envisioned bitcoin as a solution for the problem of double spending for digital currency, developed and explained a sound theory for how it works as a peer-to-peer system, came up with the blockchain technology that makes it all possible, devised the first database, created the bitcoin software and released the first units of bitcoin, the first decentralized cryptocurrency. 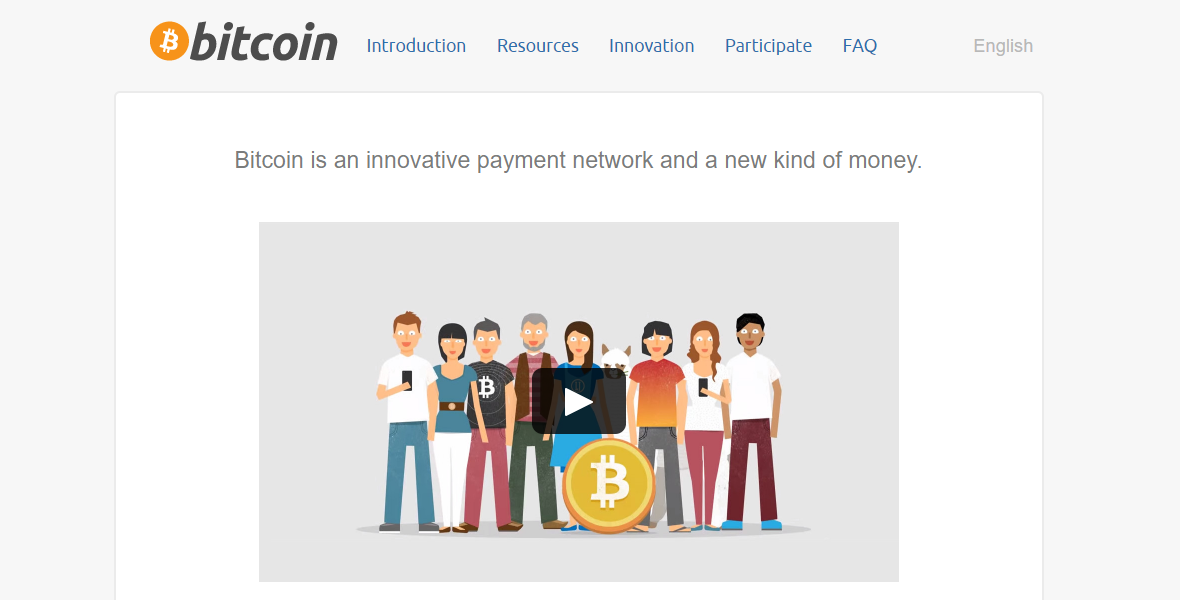 When all of that is taken into account, it is obvious that we’re dealing with someone who is not only very knowledgeable but is also a brilliant coder. There are not many people with that kind of expertise, which that kind of narrows down the search for his true identity.

Satoshi Nakamoto’s real identity remains a mystery to this day. He claimed to be a Japanese man born in 1975. However, the fact that his English is perfect, as well as the fact that Japanese wasn’t used to label or document the software casts doubt on that claim.

His occasional usage of British English spelling and slang leads some to believe that he may be a citizen of the Commonwealth, primarily the UK or Australia. However, some have studied the times when he was active and posting on forums. The findings suggest that he may be living in parts of North America within the Eastern or Central time zone or in parts of South America, the Caribbean and Central America.

Apart from the generalized efforts to pinpoint his location and study some general patterns, there are several theories that are much more targeted and precise. Here are the actual people who have at one point been associated with the mystery that is Satoshi Nakamoto:

Dorian Nakamoto is the only person on this list who shares the same name as Satoshi Nakamoto bitcoin creator. He was born as Dorian Prentice Satoshi Nakamoto, but that is not the only thing which lead the Newsweek journalist Leah McGrath Goodman believe that she may have cracked the mystery. He worked as a computer engineer with a history in classified projects and financial information handling. He also apparently had some pretty libertarian views. In the initial interview, on the topic of bitcoin, he was quoted as saying “I am no longer involved in that and I cannot discuss it. It’s been turned over to other people. They are in charge of it now. I no longer have any connection.” He later denied being the man everyone suddenly thought he was, claiming that he responded to the question concerning bitcoin thinking it had something to do with his work in Citibank. 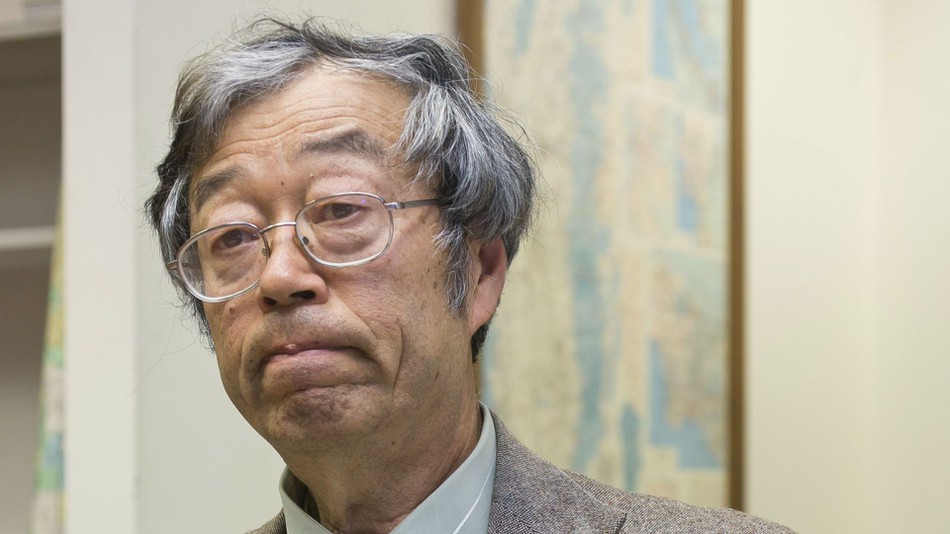 Today, most people don’t believe he is the same Satoshi Nakamoto bitcoin enthusiasts are looking for, but an unsuspecting man who got caught up in all the craze and suffered a lot of unwanted attention as a consequence.

The interesting thing is, Hal Finney lived only a couple of blocks from Dorian Nakamoto, which may suggest that either Hal Finney used Nakamoto’s identity or that Nakamoto knows more than he is willing to make public.

Why does it all matter?

The bad Satoshi theory suggests that he decided to pack it up once bitcoin took off. Essentially, he was in it for the money.

What is important in this whole story is that bitcoin is limited, and Satoshi has a large portion of the cryptocurrency market locked in his cryptocurrency wallet. What he decides to do with it may potentially have a massive impact on cryptocurrency trading and cryptocurrency prices. His share amounts to approximately one million bitcoins (of the 21 million in total), which is around 5 %, the same as the US Government’s share in the world’s gold reserves.

This share lead to CNBC estimating Satoshi Nakamoto net worth at around 5 billion dollars on 27 Oct 2017. As of December 2017, he is worth 15 billion.

If all of Satoshi Nakamoto bitcoin ends up on the market, it would tank the prices with catastrophic consequences. A sudden change like that may send shockwaves throughout the cryptocurrency exchange and lower all cryptocurrency prices once the investors lose faith in the long-term stability of their assets. Finding your cryptocurrency wallet suddenly worthless because of one person flooding the cryptocurrency market certainly sounds like the worst possible outcome.

While we are left here hoping no such thing happens, it seems like Satoshi Nakamoto’s true identity has become the perfect metaphor for bitcoin, the valuable cryptocurrency he envisioned and created: while it brings real and substantial value, it exists only in the virtual world; speculation about it drives tech people crazy and carries great weight in the limited circles of cryptocurrency exchange.

Author's overall rating:
Author: Ben Prescott
Updated: March 4, 2019
RISK DISCLAIMERBinaryOptionsTrading-Review.com has taken reasonable measures to ensure the accuracy of the information in the website, however, does not guarantee it. The data exhibited in this website is not necessarily always real-time or completely accurate; this includes market analysis, forecasts, signals, assets’ price quotes and charts. Readers should not treat any opinion expressed by the authors of BinaryOptionsTrading-Review.com as a specific inducement to make a particular trade or follow a particular strategy, but only as an expression of their current opinion. The risks involved in trading binary options are high and may not be suitable for all traders. BinaryOptionsTrading-Review.com doesn't retain responsibility for any losses readers might face as a result of using the information presented in this website. This website is owned by Next Media Corp. In accordance with FTC guidelines, BinaryOptionsTrading-Review.com has financial relationships with some of the products and services mentioned on this website. BinaryOptionsTrading-Review.com may be compensated if consumers choose to click links in our content and ultimately sign up for mentioned products. Binary options are not promoted or sold to retail EEA traders. If you are not a professional client, please leave this page.
Copyright © 2020 Binary Options Trading Review.
This site uses cookies in order to provide you with the best experience regarding personalized adds, as well as to improve our services. These small text files are used to capture your usage of our site and are stored locally on your device. They provide no harm to you and, by continuing, we take that you accept them. To learn more about cookies and how we handle them, please refer to our Cookie Policy page.OK, thanks!Read more